Everyone who has owned a Royal Enfield bike knows how unreliable the bike is and the nightmare of a flat tire(puncture) in the middle of nowhere.

On the other hand JAWA’s may look retro but are fitted with a very modern heart(Engine) which we also find in Mahindra MOJO s0o we can expect a far better performance and refinement than RE while being very reliable one. As compared to the Royal Enfield One’s.

Royal Enfield have almost always had the problem of oil leak from the engine which still hasn’t been sorted.

But things have changed as JAWA, Baja Avenger while Triumph and Harley Davidson has already began to cut the piece of cake from Royal Enfield’s market share in this segment thereby bringing the war to home of Royal Enfield.

For almost a decade Royal Enfield have been the undisputed king of this segment which is fast changing due to other rivals showing interest in this segment. 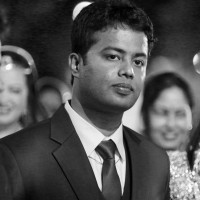